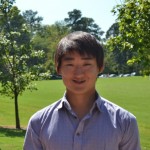 I am broadly interested in understanding processes associated with intergroup relations from a social vision and social psychological perspective. To this end my work with Dr. Shih broadly focuses on understanding when, how, and why individuals confront others prejudicial and stereotypical statements. In particular I am interested in examining how factors associated with the stereotypes (e.g., whether the stereotype is viewed as a positive or negative trait) and social environment influence decisions to confront. Furthermore I am interested in understanding how we perceive and interpret group diversity (along race and gender lines), interrogating which groups are included when thinking about diversity.

Alt, N. P., Chaney K. E., Shih, M. J. (under review). “But that was meant to be a compliment!”: Evaluative Costs of Confronting Positive Racial Bias.